From rain to sun and warm weather, but strong wind from south all day and very few birds around

We woke up to nearly constant rainy conditions and strong wind from south.
Not the best weather for trying to catch birds in nets, so I took a rest and turned on my other side in the bed for two extra hours of sleep.
When I came up at 6 o´clock Menno had tried to open some nets at the Ligthhouse garden and got 2 recaptures.
I then tried some nets in the stations garden, but none of us could make it a standard ringing session, as we constantly had to open and close nets, when showers came in.
Menno gave up at midday with no more birds in the Ligthhouse garden and still stronger wind.
We kept some nets open at the station until dinner time, but the wind, and now a lot of sun after the rain, made the nets visible and the day total of birds in nets was depressing low.
Best bird was a young Treecreeper – first one ringed this season.
Last time the species was ringed here in spring was back in 2019.
One of the recaptures was an Icterine Warbler ringed nearly a year ago on 10.th of June 2021. 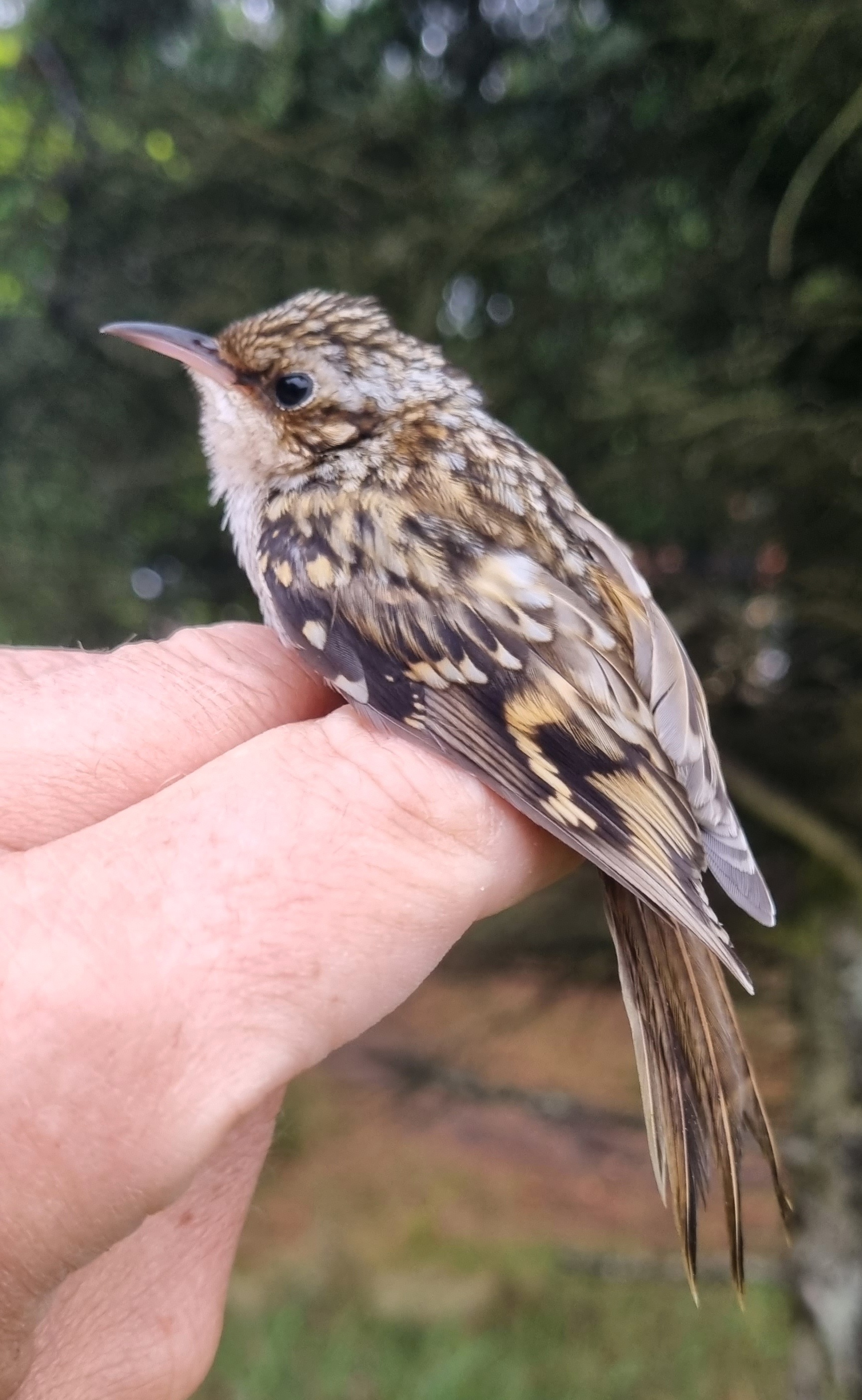 Anders Z. took another round of updating the database and transferred it to the new computer, so now we just need to catch some birds to enjoy entering data on a faster computer.
Bent took a walk to the beach, where the Little Terns still was on their nests.
They were hard to see with the sand blowing strongly at ground height, but yesterday in the better weather conditions a visitor had photographed the first pullus young this year. The young laying just beside its parent Little Tern.

Anders Z. had a walk around Mosen with nothing new to report from there, and we all took this day as a kind of off day.
Tomorrow also looks hard in the morning with rain and wind, but hopefully a little better options for opening nets during the day.