People coming in for "Pinsen"

During the day we had nearly more people at the birdobservatory than birds.
Anders came to update the database for ringdata, Bent came around and installed a new computer, Louise stayed and walked around with Bello, Henrik K. arrived for a weekend here, while  Menno and I took care og 15 hours with all nets open.
It did gave me a few blodsamples for the WestNileVirus screening, but Menno had the best birds in the hand with a juvenile Stonechat (Sortstrubet Bynkefugl) and a recapture of an old Common Whitethroat (Tornsanger). That bird was ringed by Bent back in 2019 as an already adult male, so now it its at an age of 6k+.
A little funny story is, that the bird also was recaptured exactly one year ago on  4.th of June 2021.

From the walks in the area and the observations at the beach the best birds was 2 Artic Skuas (Almindelig Kjove), one Guillemot (Lomvie), a “white egret” probably a Great White Egret (Sølvhejre) but seen flying at too long distance and a White-tailed Eagle (Havørn).

We hope to have more birds to report tomorrow, as the weather looks promising with calm wind and higher temperatures – and not at least, more eyes to find the birds. 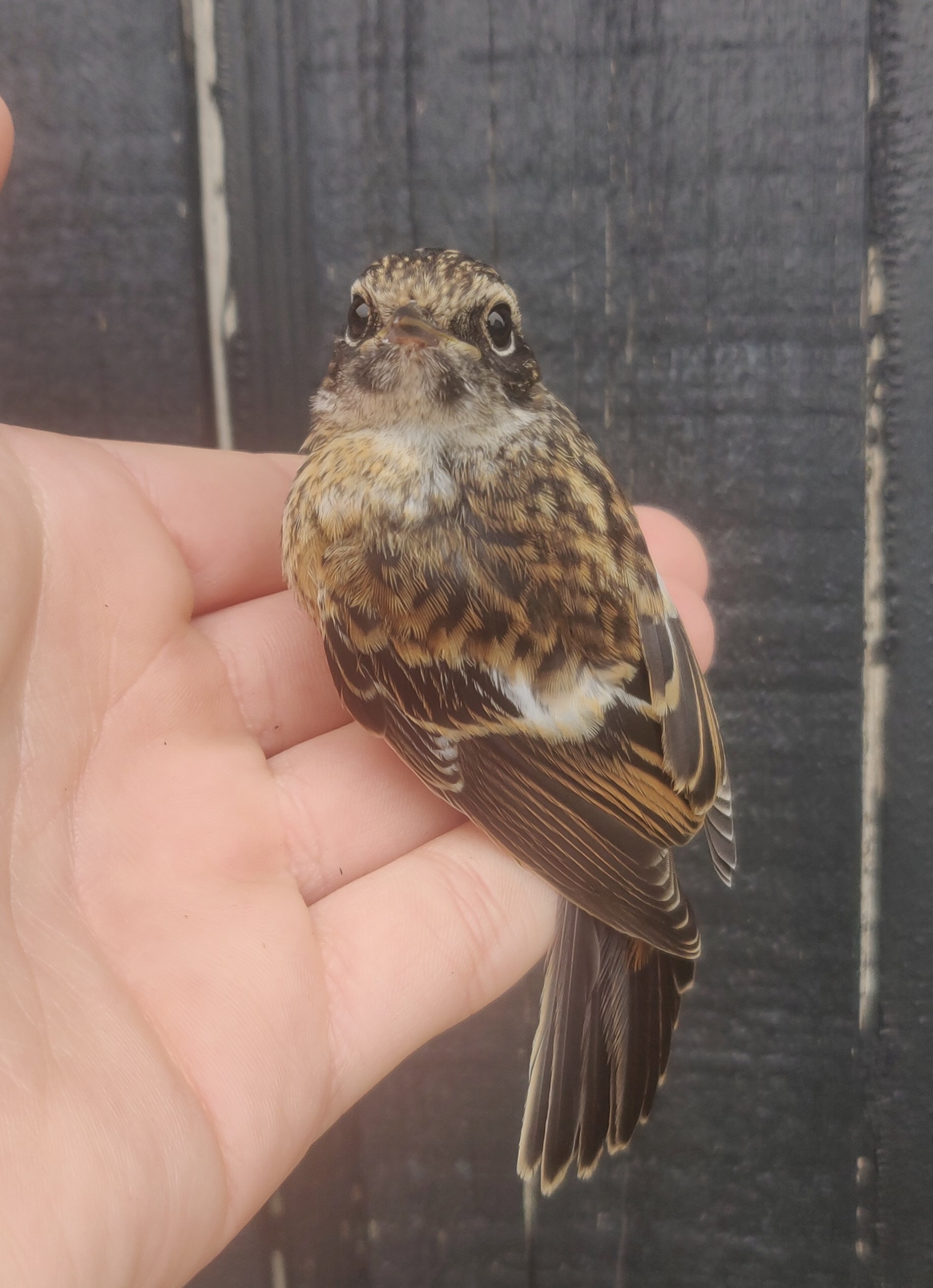