The Knots Were Flying

Today we experienced something spectacular

The day started a quarter past 5 with counting. it was pretty calm not much of interest until i see a huge group of birds going really high i get the scope on them and i think golden plovers, so i try to count them althoght it is difficult as the group change alot but minimum 500 so i write that down. a bit later i see another group but this time it is so big i thought it must be geese. but no,same spiceies and the flok is enormous. i dont know how many there was so i write the minimum down at least 3500. another group comes even higher this time and it is a bit smaler than the first one but i note it as 500 also.

Bent and Svend Aage are visiting  us today and we sit outside in the sun. I then go for a walk in the area, sadly the military area is closed so i go around near the station. three wrynecks hang out behind the station. 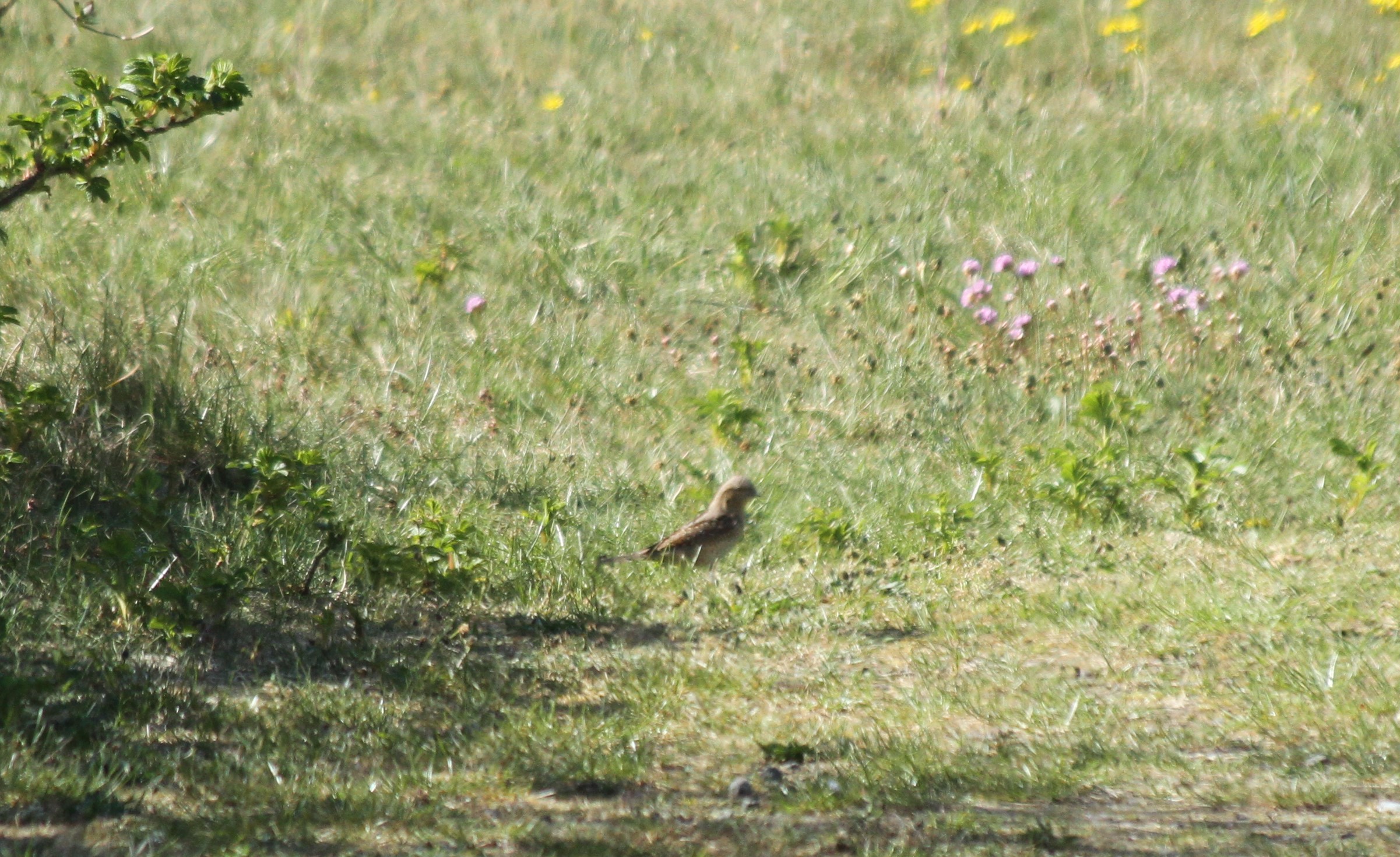 I walk to the ‘hole’ in front of the dunes south west of the parking lot where a wagtail with yellow head is flying up, it is calling a couple of times but it doesn't sound like a Citrine Wagtsil though it looks like one on my pictures, so i call it out as possible citrine.
I walked quickly back and Bent and the others agreed, it looked like a citrine. 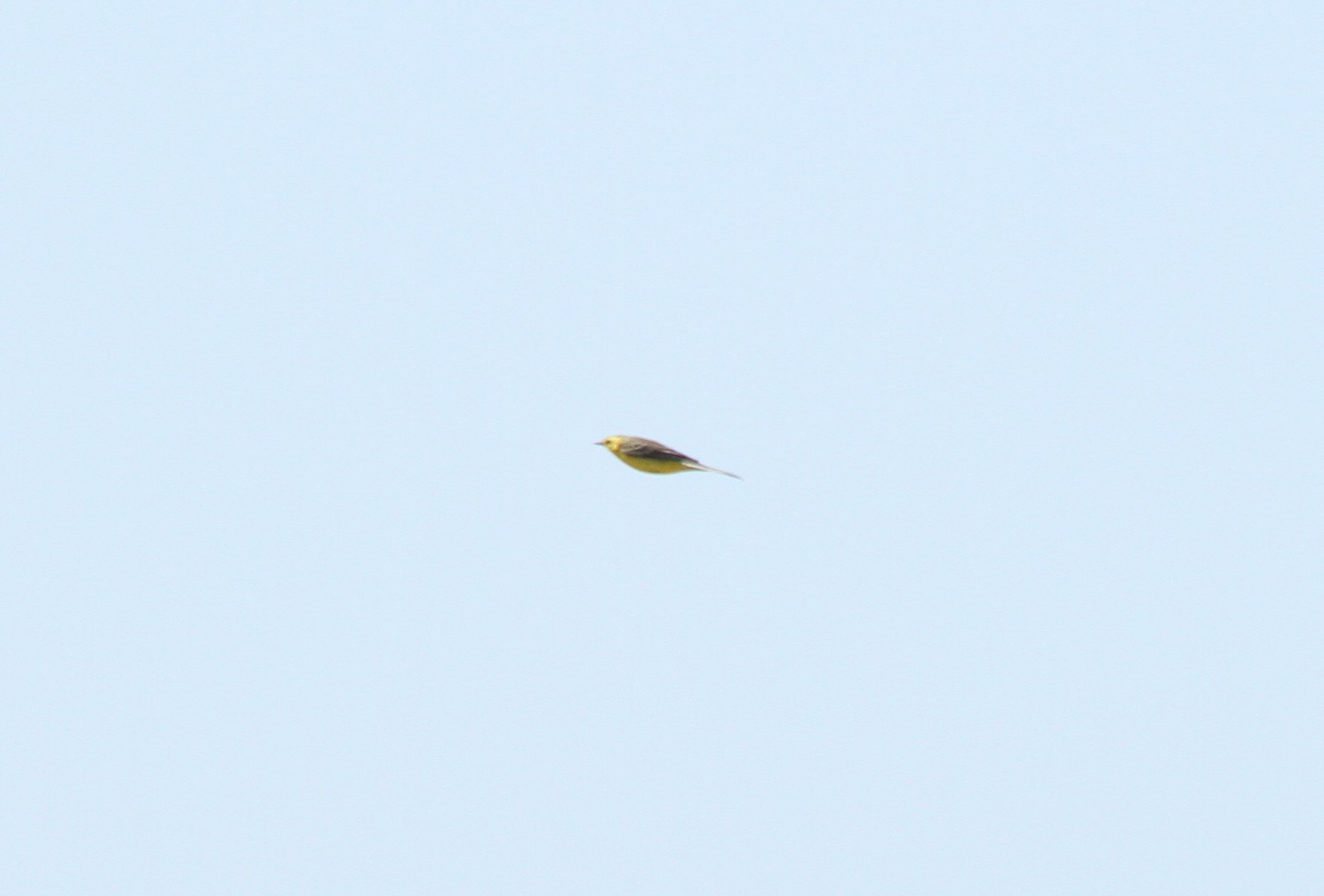 We walked back there and found it again this time it is flying around and is for sure not sounding right. Then it went down and now we see it clearly and the pictures I took confirmed it. A Yellow wagtail of the subspecies flavissima which is also called yellow headed yellow wagtail. It is also pretty rare and a good find! 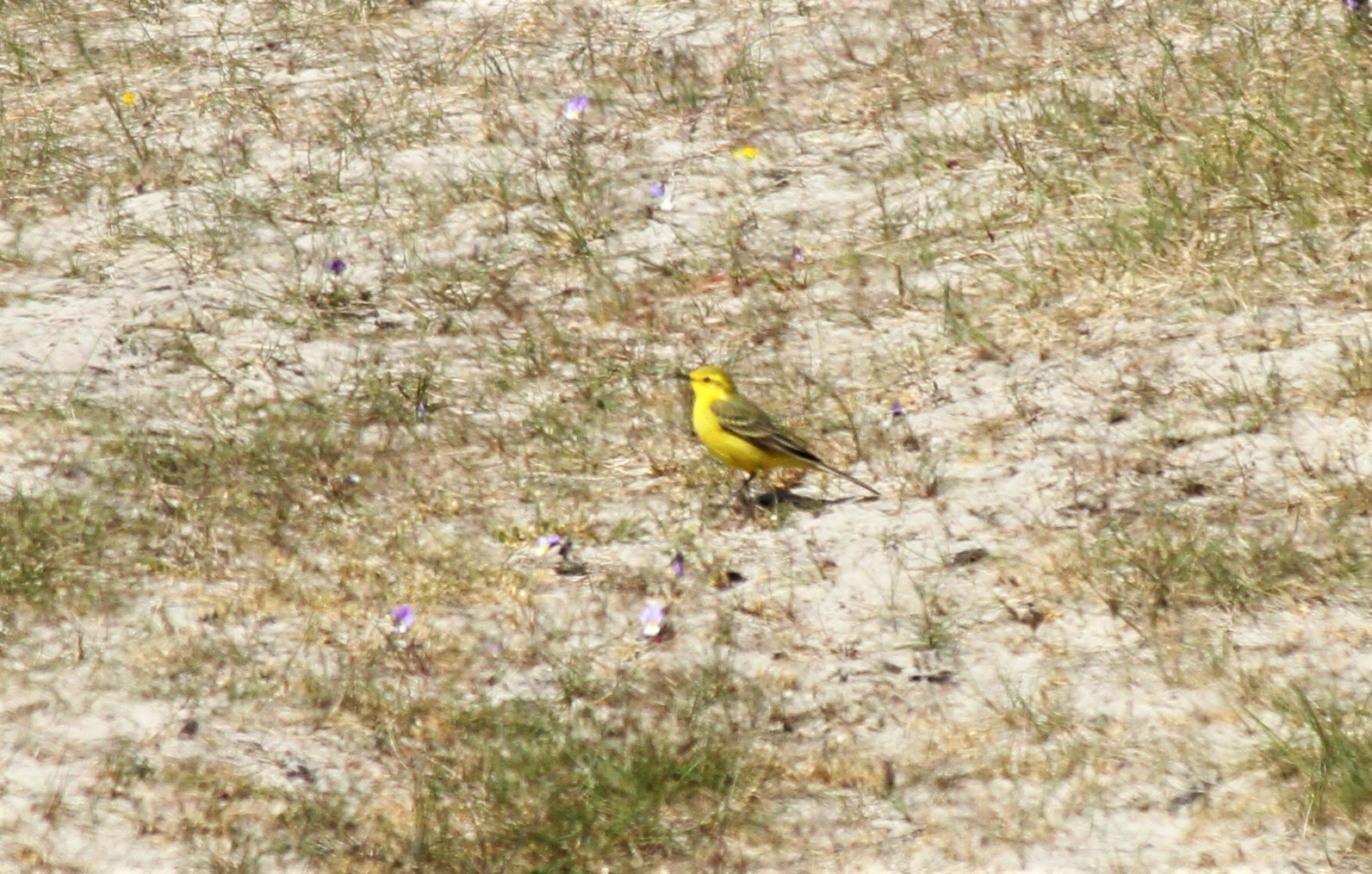 later bent textst me if i'm sure i saw 4500 golden plovers as it would be a new record for blåvand, the previous is 600 something, and the red knots should begin to migrate in big groups now. ok so to make it short. i start to doubt if it was really golden plovers and not red knots, and later we see a big group flying past the station so we go out to watch the migration in the evening. here we see some nice groups as well but for sure knots. so i correct myself and enjoy the nice migration. Apart from 2000 knots that evening we also saw good migration of scoters and velvet scoters. The last mentioned I was also very surprised to see in bigger numbers than 5-10 in floks! We had some groups with more than 60 and saw 392! The knots ended at 1907 plus the group we saw from the station at around 400.

Had I been more aware of this phenomena I would have spent the day out and tried to get a maximum count. Also I was a bit conservative in my counting so I believe 10k+ birds could have been seen but a total of 6815 is not bad at all!