A nice ending of a good day

Today, the day started cold again. There was dew everywhere and even the nets were a bit white. Luckily, they were not frozen so they could be opened. Because of this cold, the ropes which keep the poles up were a bit slippery, and one pole fell. I could not fix it on my, so after the first round with Bent we quickly fixed it. The numbers were a bit low, but that may be because of the nice weather. The two highlight of the day consist of a second year Brambling and two immatures white tailed eagles flying low over the village of Blåvand. Since I am not that much observing at sea, I see them a lot less.
The numbers over sea were very low. But the observers (Bello was joined by Henrik and David) had two hawfinches, we would really like them into our nets. But in spring they are quite rare in the area of Blåvand.

In the evening Bello and I went out to try to see the tengmalm's owl. We have tried it once before the season started, but then we were too late on the place where it is around. Now we brought some dinner with us to make sure we were on time this time. After an hour of waiting, we heard a series of calls. Then half a hour later, we heard some more calls and we even managed to record them. I was really glad, because this was a new species for me. I will include the edited recording on the blog tomorrow. The recording has to be edited a bit, so it is nicer to listen to. To record the calls, we brought the parabola (which is intended for the nocmig) but it is also very nice to record some calls far away. Bello took a picture of me trying to record it. 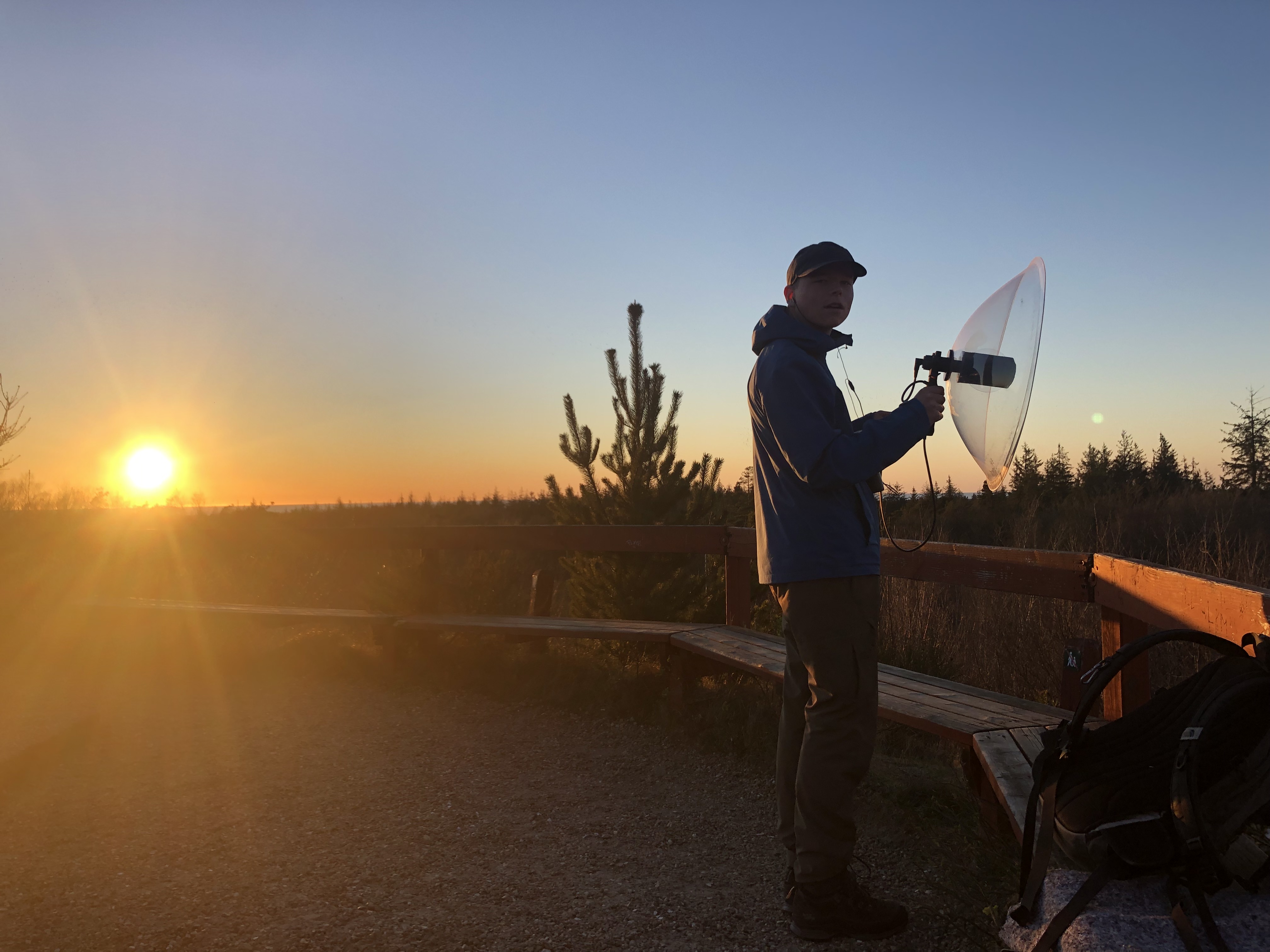 People at the station: Henrik, David, Bent, Bello and Menno