Our best ringing day so far. 200 birds in the nets!
af Hanelie Sidhu

Today the wind allowed us to ring again. And the first round was a complete success. Today was Lukes first day of ringing here in Blåvand this season. And immediately a lot of work. In the morning I just ran from the station garden to the lighthouse garden and extracted birds. Meanwhile, Luke was ringing the birds. And he was still at work when I came back, there were so many birds. And the very next round for me. Incredible! In the mornig we had quite a few Song Thrushes. And a lot of Chiffchaffs, Blackcaps, Robins and quite a few Tits in the nets. When it got a bit quieter, we could afford a lunch break. The only break today. Then we continued. In the early afternoon, we didn´t have so many birds, compared to the first rounds. But still enought. Now I could ring some birds. In the late afternoon we were happy about three Bramblings in a net at the station. 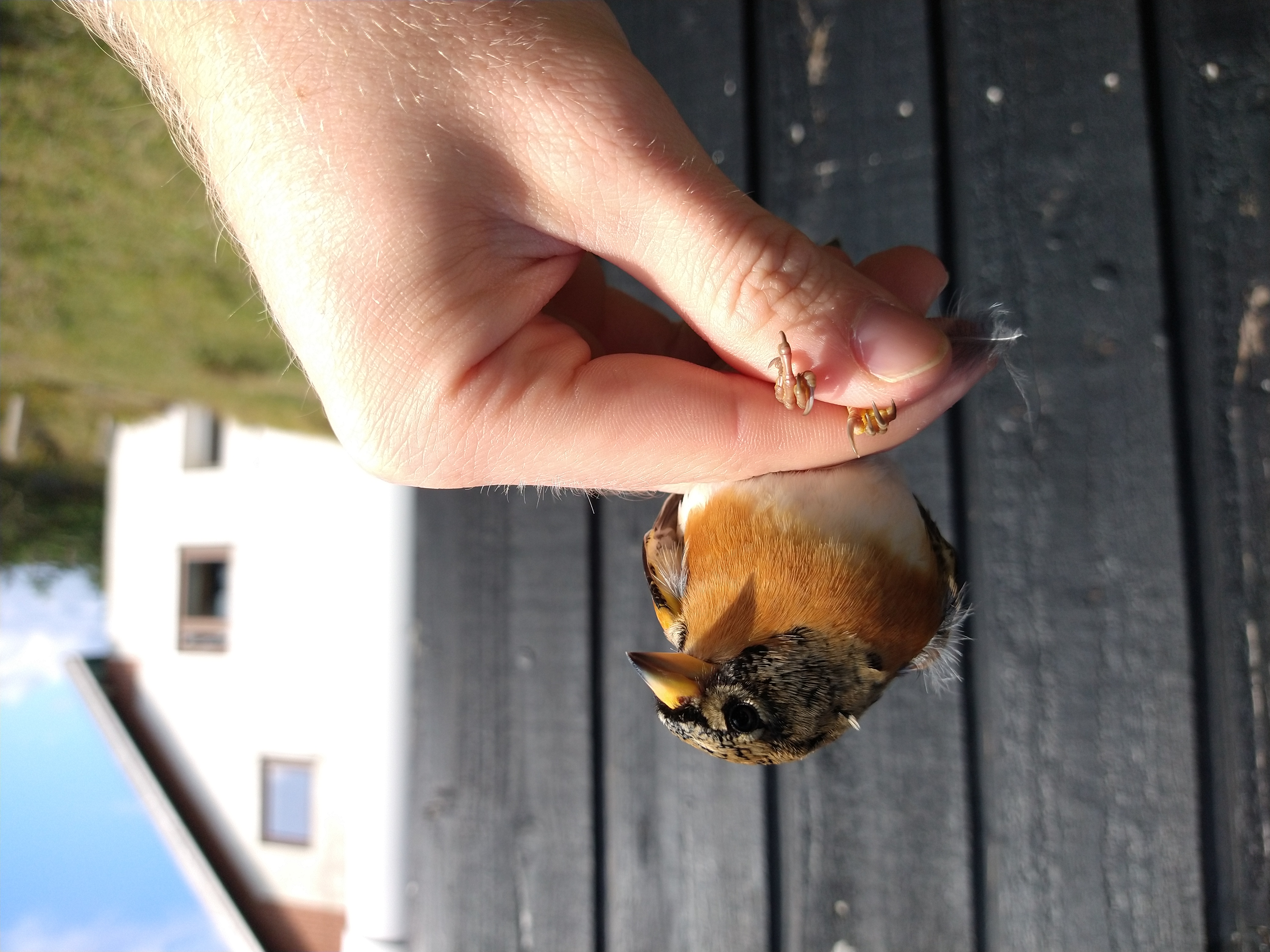 One of the first Bramblings in the afternoon. 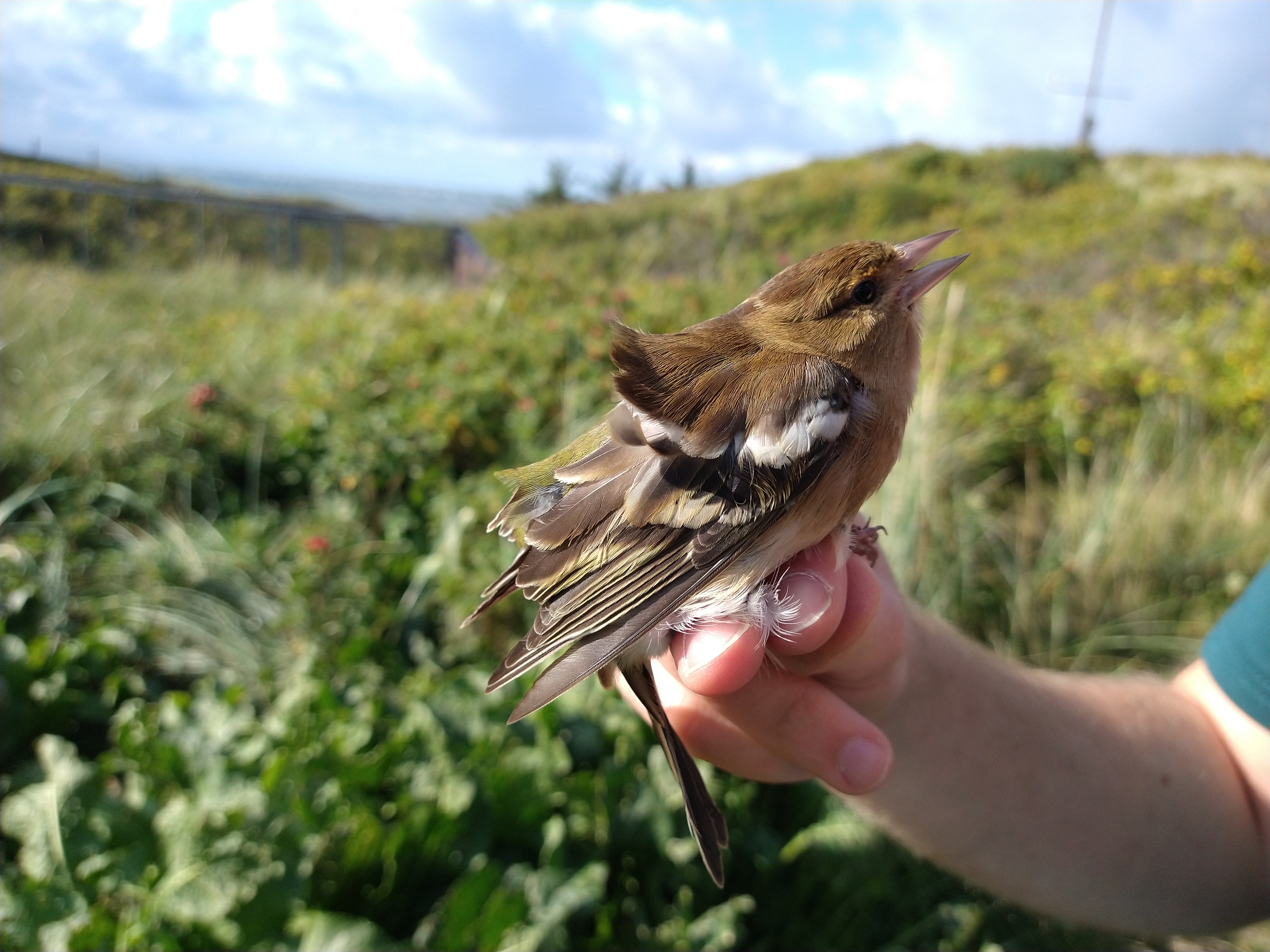 A Chaffinch at the lighthouse garden.

We continued at the lighthouse. These Bramblings were not to remain the only ones. The evening was incredible. Luke and I were in the lab at the lighthouse. I waited curiosely, because Luke had took a rare bird from a net. And the first of the season. I had not seen it yet. Then a message arrived us from Sebastian, who was back from birdwatching and had a look at the station garden. More then ten birds in the first two nets alone! Luke now solved the mystery of the bird in the bag so that I could quickly run to the nets in the station garden and start there: a Common Redpoll. But as I sayed, I only had a short time to look at it to get to the station. And the nets were truly full. Especially with finches. I had never seen anything like it. I set to work and when Luke had finished ringing at the lighthouse, he also came to the station. It was really some more work to free the birds. There were especially Bramblings and Chaffinches, but also a few Siskins. 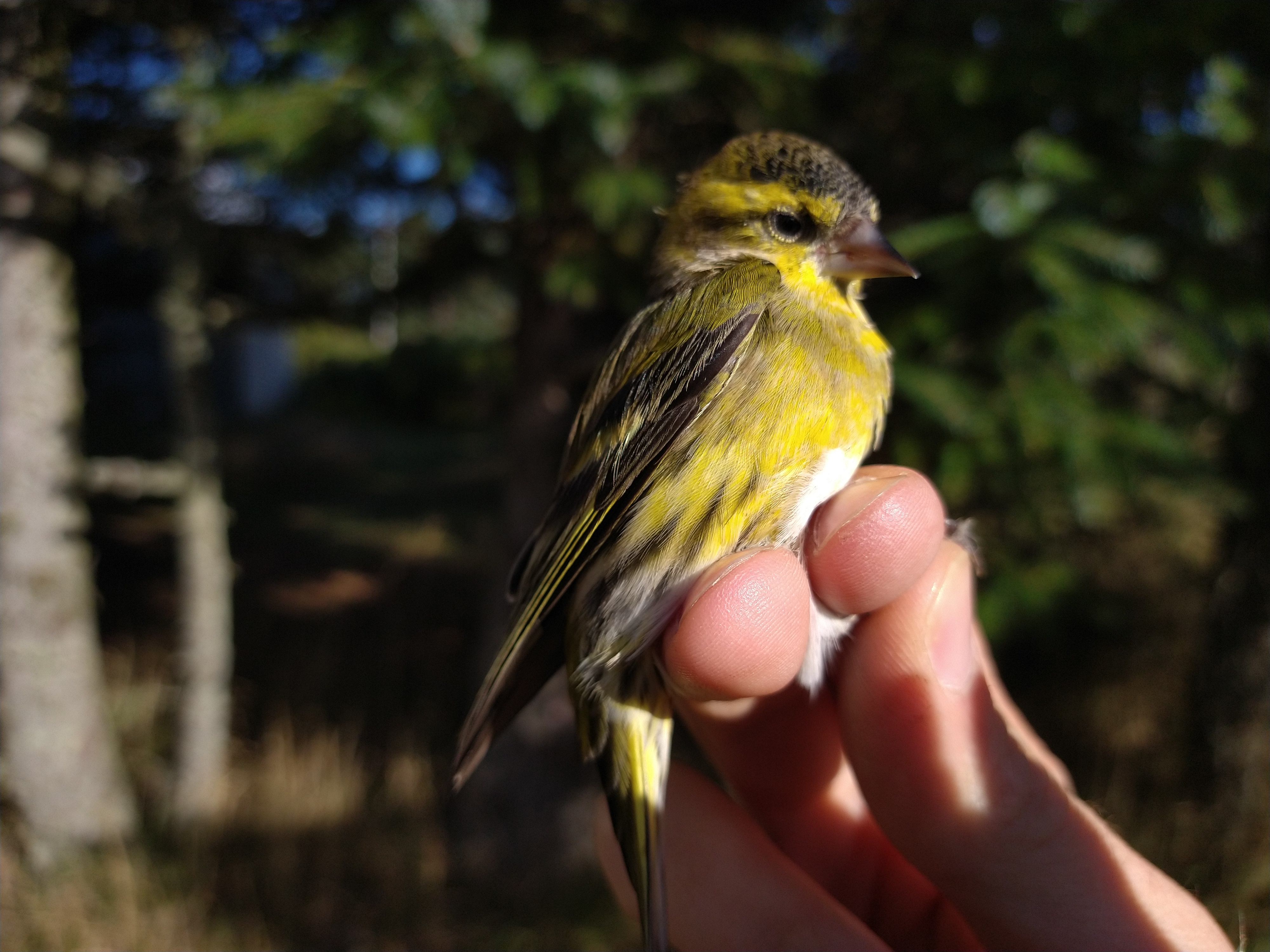 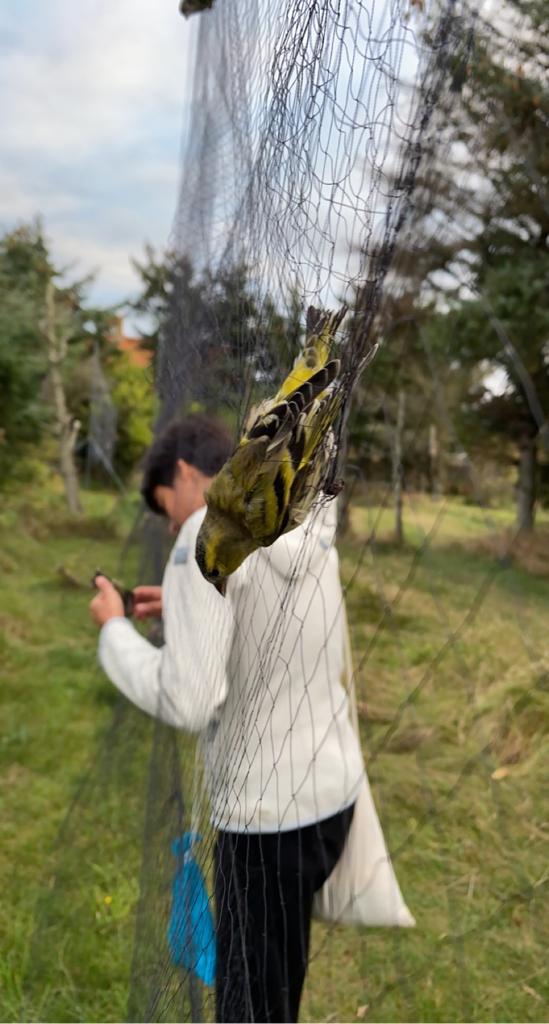 A Siskin in the net and Hanelie takeing a bird from the net in the background.

We really felt the weight of the birds around our necks today. We were so busy that we asked Sebastian to pull down the nets. But at the lighthouse, they were sill open. While Luke was ringing and I was writing, I could watch the sun setting behind the sea. It was pretty dusky when we released the last birds. But know we had still to wrap the nets properly. Luckily, Luke had two headlamps, because the batteries of mine were empty. So it was completely dark, when we get into the house. Sebastian had already started cooking. Tortillas. Very tasty! We were really hungry after this day. After we had eaten, Jonas came back. We were just about to enter the data. He congradulated us on this incredible day. And he was also a bit sad to have missed it.  But let us see what tomorrow brings! When we finally had all the data entered, we learned, that we had a total of 200 birds in the labs! 187 newly ringed and 13 recaptures. 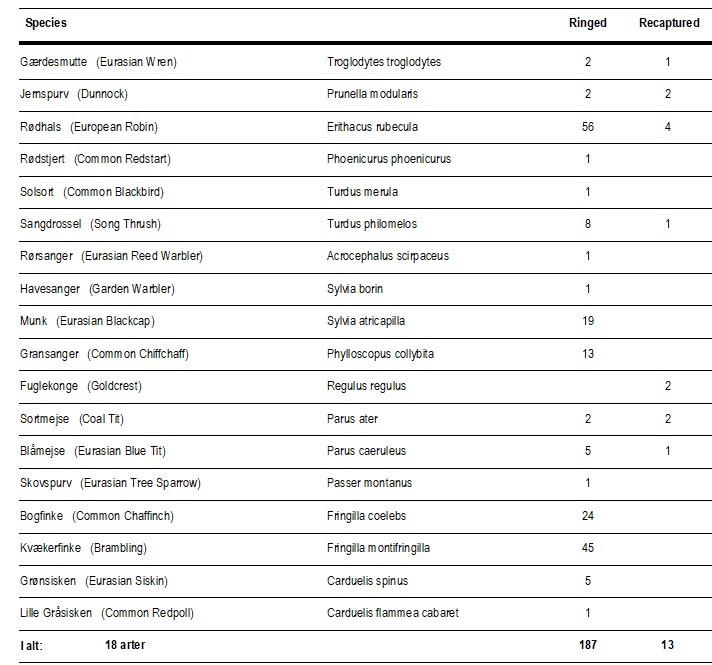 Yes, we were really proud. And tired. And excited for tomorrow. Let´s see if it is possible to type this.