The month ends in the Sabine bunker whith many Wigeons observed

One morning and one afternoon shift in the Sabine bunker and nightcatching in the evening.
af Hanelie Sidhu

The subtitle of today´s blog entry sounds quite exciting. Yes, today was certainly filled, but not as sucessfully as we hoped. As I said, we all set off together to the Sabine bunker in the morning, because the weather forcast promised us a windy and rainy day. So no ringing today. However, it was less windy than expected. We saw a lot of Wigeons, bit also a few Little Gulls and Black-headed Gulls and an Arktic Skua. I also learned to distinguish a Turnstone from an Oystercatcher. Overall, however, the morning was not as exciting as expected. Therefore, we returned to the warm bird station over lunch. But our curiosity was not yet satisfied. We were still hoping for more today. Therefore, after a lunch break, we went to the bunker again in the afternoon. But we were disappointed. Some Oystercatchers were on the beach, which I was able to photograph with the smartphone camera through my scope: 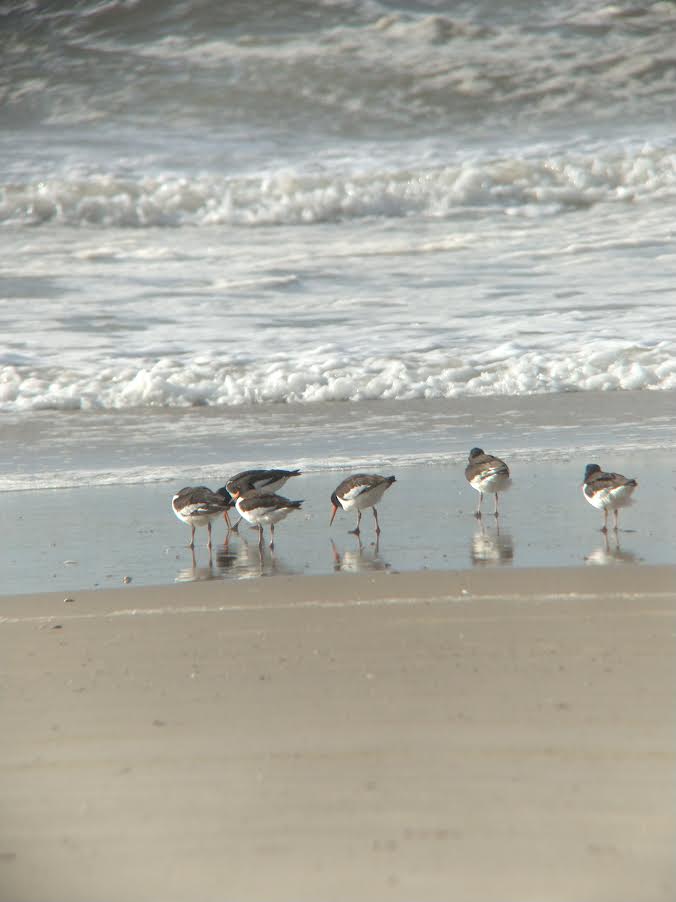 When we returned in the evening, Bent was waiting for us and introduced us to Susanne, who will be staying at the bird station for a few days. We had a nice dinner together. But Jonas, Sebastian and I still thought the day had potential. While Susanne had to go to an online meeting, we went night catching at the beach. Without sucess - Susanne hadn´t missed anything. She comforted us disappointed nightcatchers with tea and Dutch biscuts from her home coutry. We ate these while talking about birds. That was nice, too.

Let´s see what the wind brings tomorrow. See you then!