It was another late opening this morning due to rain, which continued to hang about as a mist or drizzle through much of the morning, with water collecting on the nets. As such, we checked the nets regularly, and as there weren’t many birds about we could manage having the nets open without any birds getting wet.

As we were opening and throughout the early part of the morning, there were large flocks of Redwing and Fieldfare flying overhead filling the sky with their calls and rattles, which was a real joy to see. However they fly too high to get caught in the nets, except for one unlucky Redwing, which was our first bird of the day, and the first Redwing we’ve caught for two weeks!

It was very slow with birds, but we didn’t mind as the next bird we caught was a Blackbird which we were able to satellite tag. This was shorty followed by a second Blackbird, a retrap from the other day, which had now put on enough weight to be tagged too.

Today Volker Saux, a journalist, was visiting the station from France and is writing an article about the Wadden Sea and migrating birds for a French travel magazine (www.geo.fr). Bent was showing him round and he came to observe some ringing, and we explained to him what we were doing, how the data is used and what trends in bird numbers we had seen from the bird station, as well as our new project satellite tagging Blackbirds. He seemed impressed, particularly with how through the birds we are connected with places across the globe though their migration. We look forward to seeing the article! 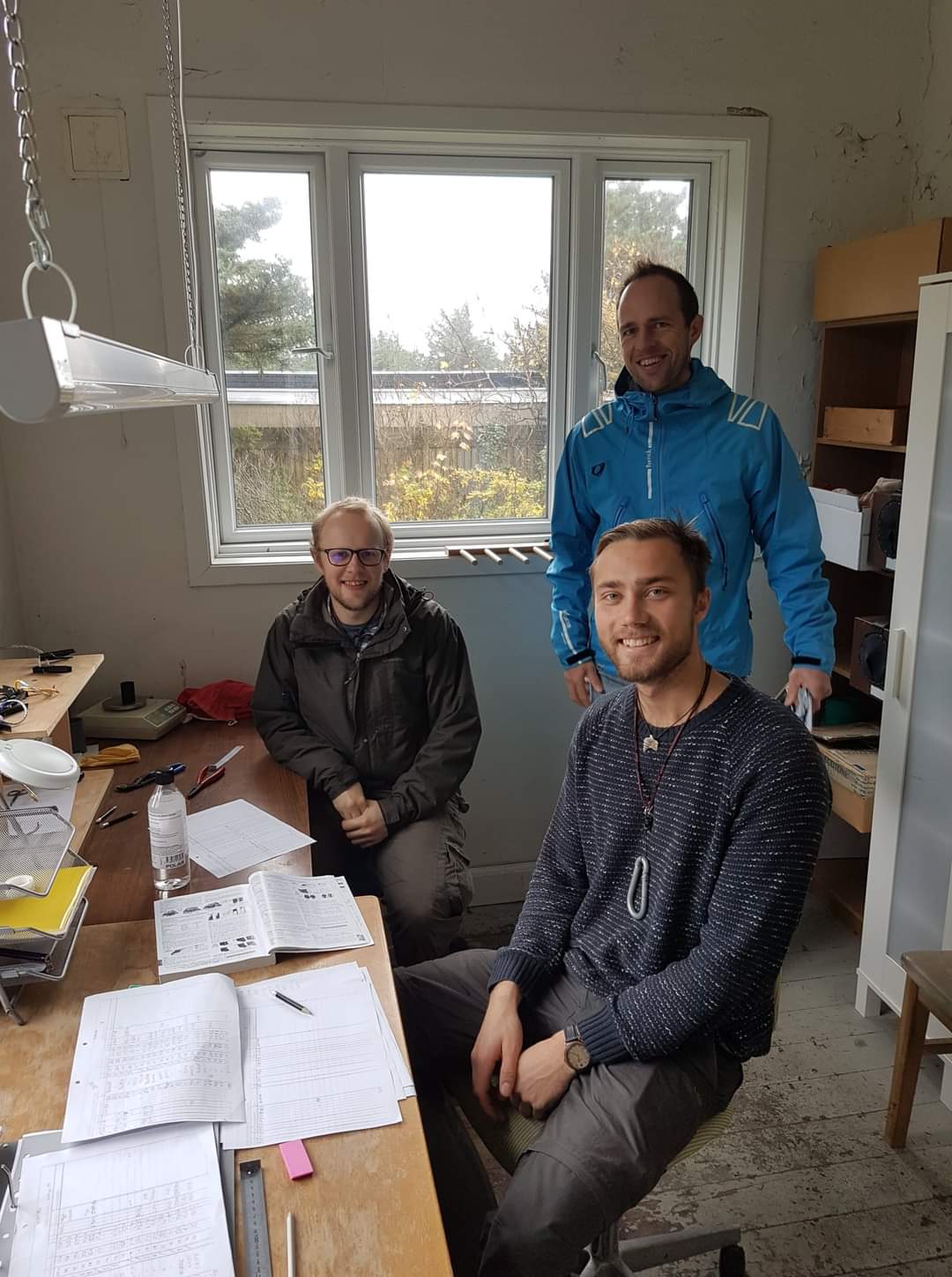 The star bird of the day came midway through the morning when I found a Hawfinch in a net in the station garden! This was a super exciting bird, as it wasn’t really on my radar to catch now, and was only the second time I had seen one, and never in the hand! I called Bent over, and he said to be careful as they pack a powerful bite, the force of which can exceed 50kg, used for cracking open the stones of fruits. It was a really beautiful bird, with a large head packed with muscle for it’s strong bite, and strangely shaped flight feathers which seem to be used for sexual display or communication, and was completely unknown to me. I love how this place keeps throwing up surprises, every time you open the nets you never know what you may catch! 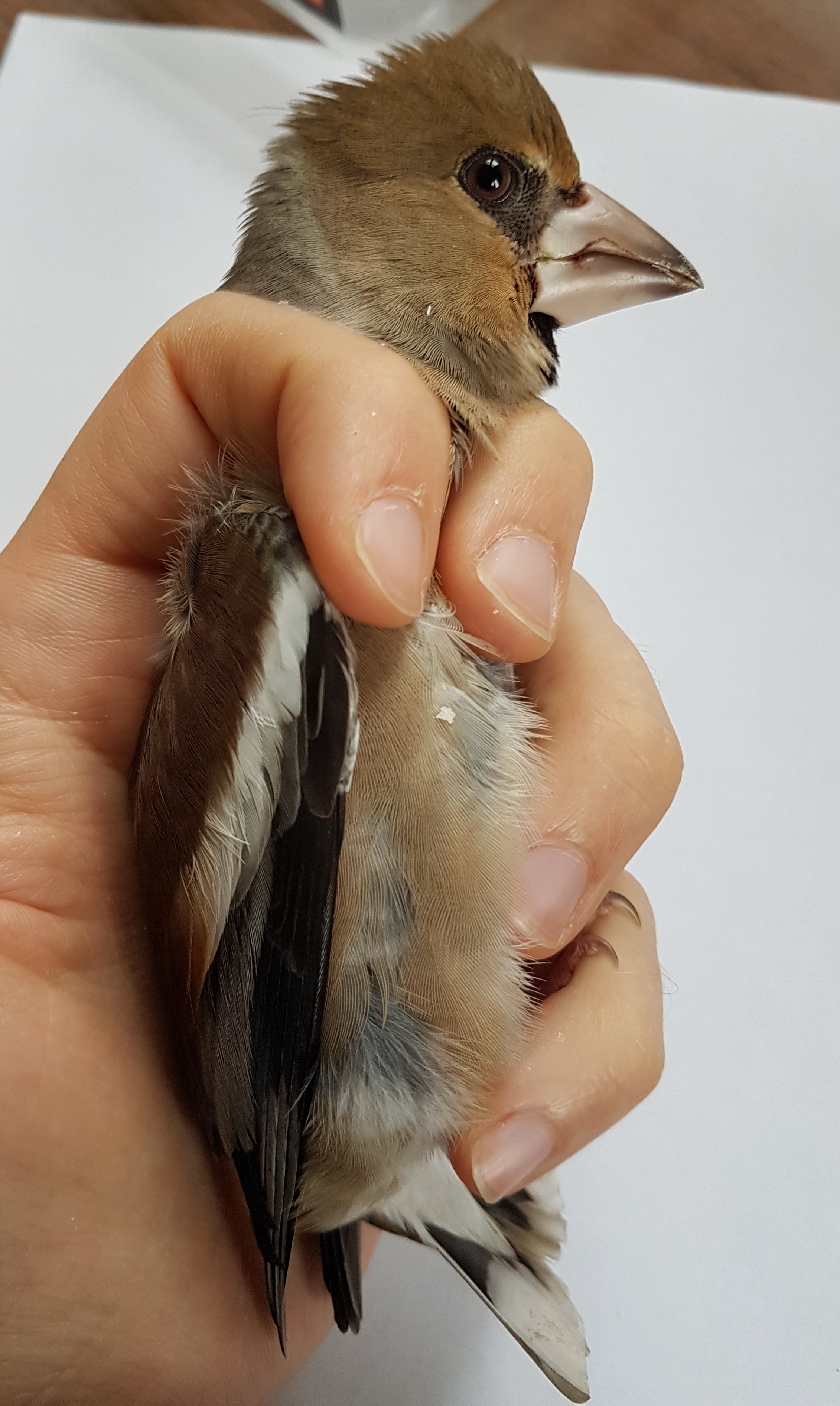 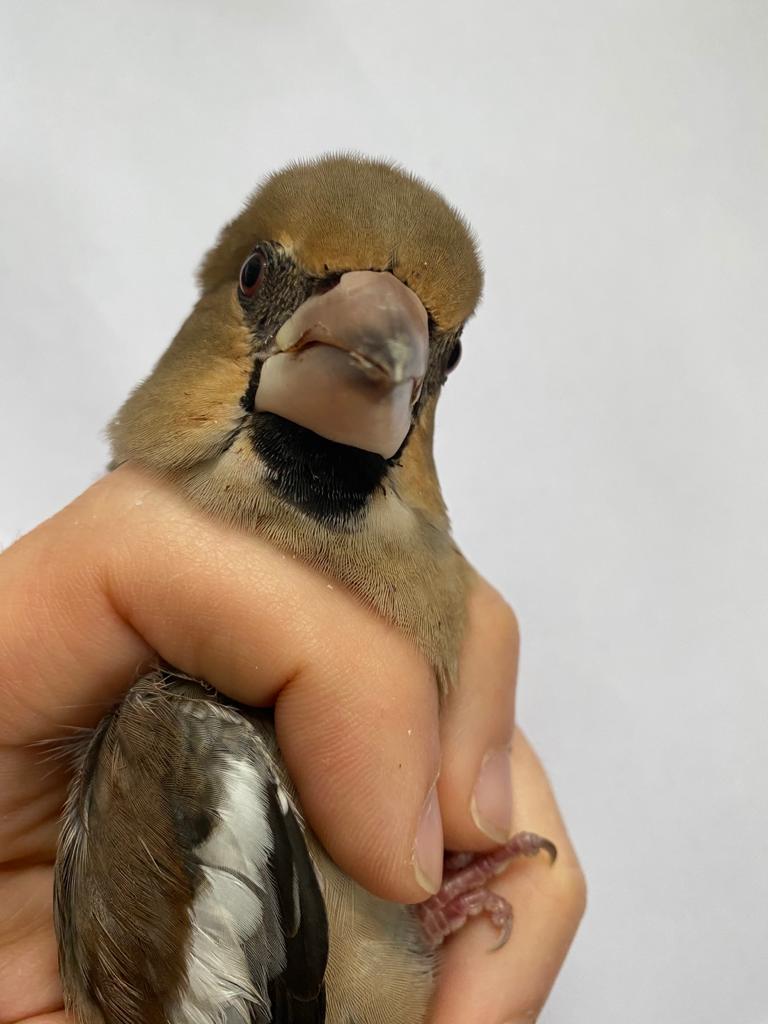 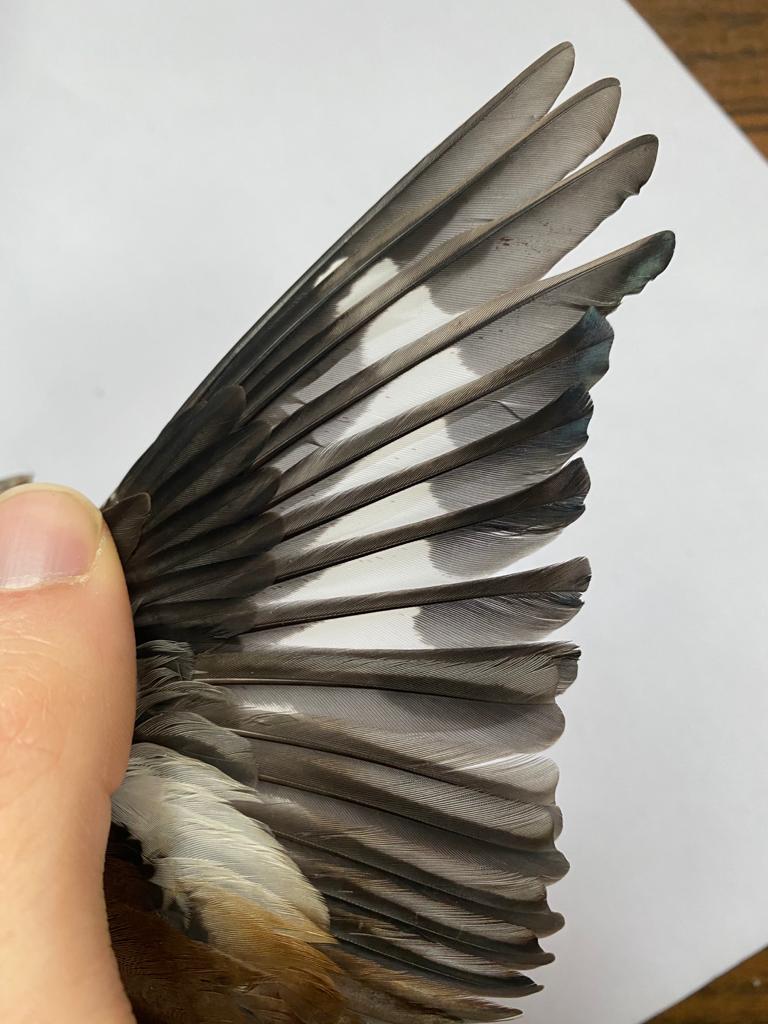 A day of quality over quantity, which saw us closing around lunchtime. This afternoon we said goodbye to Bjarne who has stayed here this week and has been good company.

By request, Daniel has baked for us one last time before he leaves on Sunday:  some delicious chocolate brownies. He’s also making pizza for us tonight, as we have to make the most of his baking abilities whilst we can. 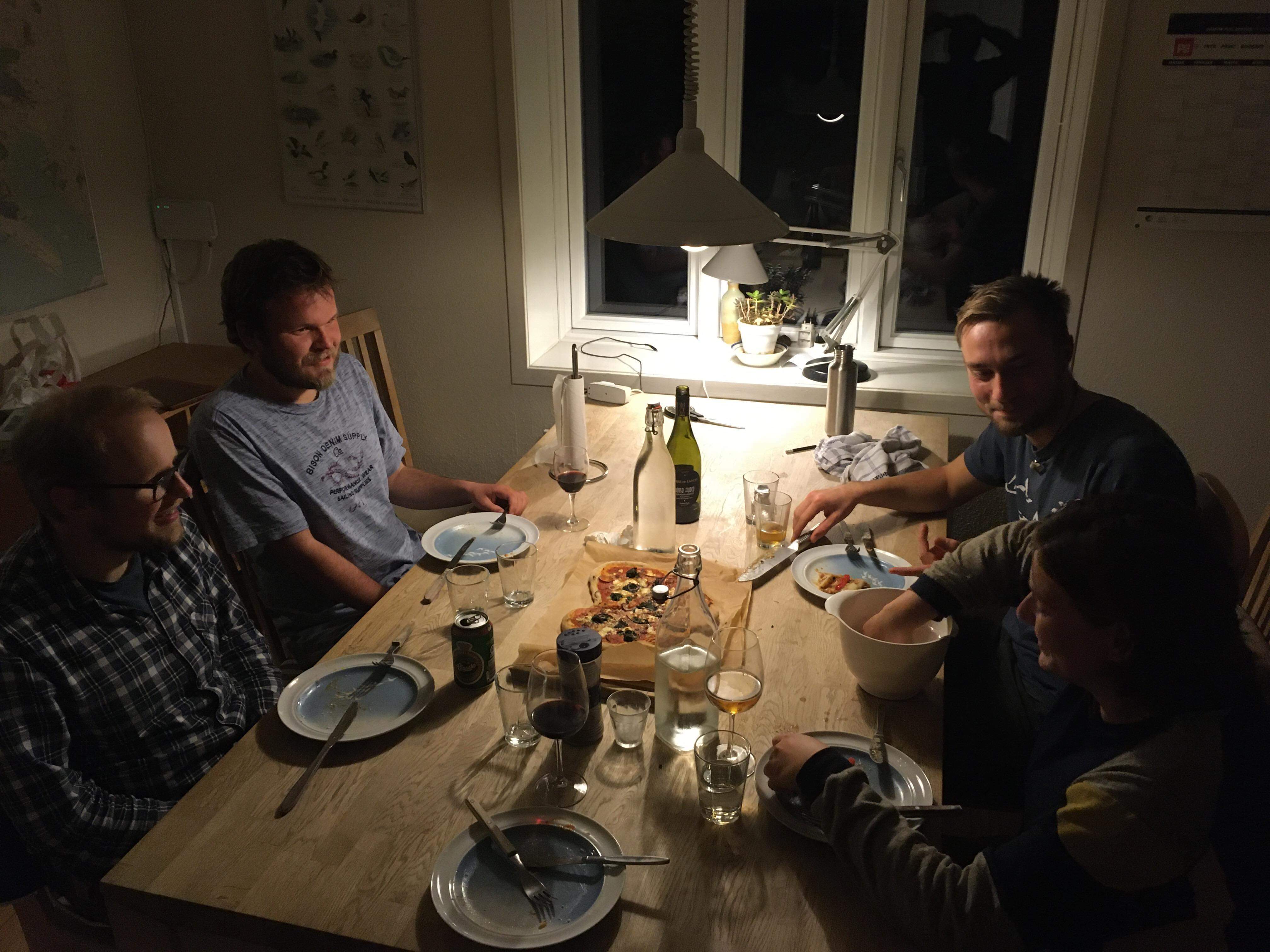 Simon has joined us this evening from Skagen, as he was coming for the Rarities committee meeting which was meant to be taking place this weekend here at Blavand, but today was rearranged to be online. He will join us ringing in the morning before his online meeting later.

Rose has got her x-license for ringing, which means she can now start being trained to ring, which will be helpful for when Daniel leaves.

We got word today that the satellite tagging has been paused for now due to technical difficulties with the system, which engineers are working on. Hopefully this can be resolved soon so we can continue tagging. This project is the first large-scale trial of the ICARUS system, so it’s not too unexpected for their to be some hiccups, and by resolving problems now it should mean smoother sailing for future projects. Hopefully the live feed of the data should become available next week, so we should be able to see where our Blackbirds have ended up. We know that several are still around the station, as we have a receiver here which can see tags in the local area. Perhaps they are fattening up before heading off.

I’ve now added yesterday’s ringing totals to the blog, which were a contrast to today!